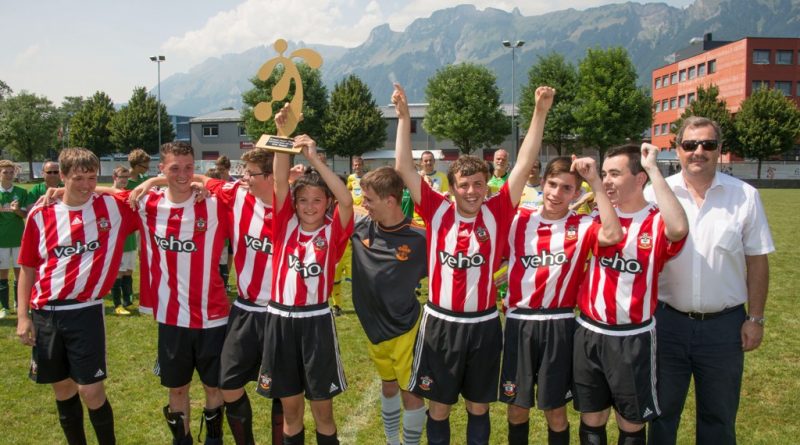 News
11. August 201514. November 2016 Lapala
Since 2011, the special needs tournament for people with disabilities is an essential part of the Swiss under16 Cup. Six teams toke part at this years tournament, which was part of a polysportive camp in Switzerland and Liechtenstein organised by the football is more foundation. Southampton FC and Chelsea FC from Great Britain, SV Werder Bremen and TSG 1899 Hoffenheim from Germany and two local teams from Switzerland took part.

During lunch break of the Swiss under16 Cup it was the time of the special needs teams. On the main pitch in front of hundreds of spectactors, they played their own international tournament. On a smaller field with 6 players each they fighted for victory. But the scores and rankings weren’t important, more the fairness and making new friends. After two days and a lot of games Southampton won the tournament with the same amount as SV Werder Bremen but with the better score.