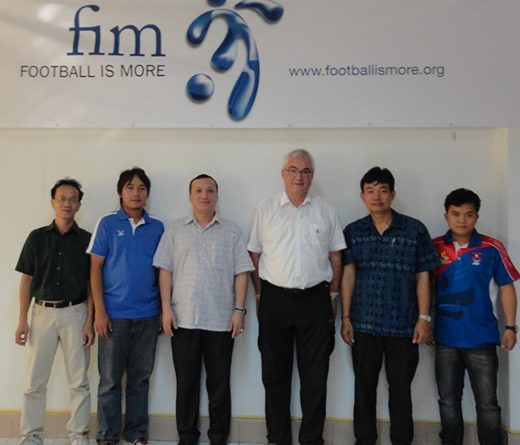 News
8. July 201314. November 2016 Lapala
In spring this year, we had the opportunity to talk to Mr Rasphone Xaybandith, Secretary General of the Lao Football Federation about the project “Special Guest Team Laos”. It is very interesting what effort they invested to select the best players in the country. We are looking forward to seeing the young talents playing at the tournament.

Dear Mr Xaybandith, especially for the Swiss U16 Cup, you form a new national under 16 team in Laos and get them ready for the tournament, how did it came to this project?

This year we are preparing the U16 team for AFF (Football Association from Southeast Asia) U16 Championship in October where Laos will be the host and AFC U16 Qualifier in November 2013 which host to be confirmed by AFC later on. So, participating at your tournament will definitely be a good preparation for the Lao U16 team.

Which part plays the Laotian football association in this project?

Lao FF is the main responsible organization to preparethis U16. We’ve organize selection from the local clubs by organizing small tournament and cup for some selected provinces in Laos so to select the best player of U15 to form this U16 national selection. We also put this team to compete at the Lao U17 League for them to get more experience from late April 2013.

What significance does soccer have in Laos?

Football is the no. 1 famous sport in Laos. So, this will be a very significant impact on the Lao youth football.

Are the player aware of which teams they’re going to play against?

This is a very good opportunity for the Lao young player to play with such big european club. We hope our team will learn a lot from this competition. I think that we have had enough time to prepare so we’re ready to play against any team would it be.

What could such a project cause for the young boys? Are they going to benefit from this experience and impressions at their trip to Europe?