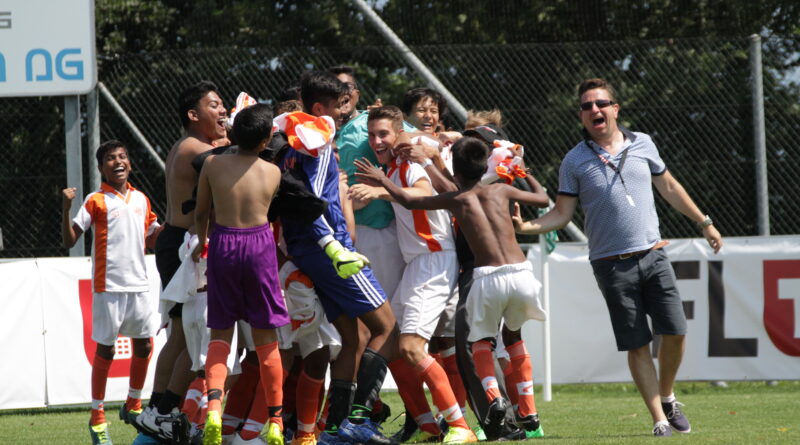 Under the patronage of the UN Special Representative for Sport for Development and Peace (formerly Adolf Ogi, later Wilfried Lemke), FOOTBALL IS MORE has been inviting a special guest team from a crisis and development region to the tournament since 2004. The participating teams come from one of the Foundation’s projects regions. Participation in the tournament is an unforgettable experience for young people.

With the combination of U16 and Special Needs Teams as well as a Special Guest Team at the same tournament we are unique.