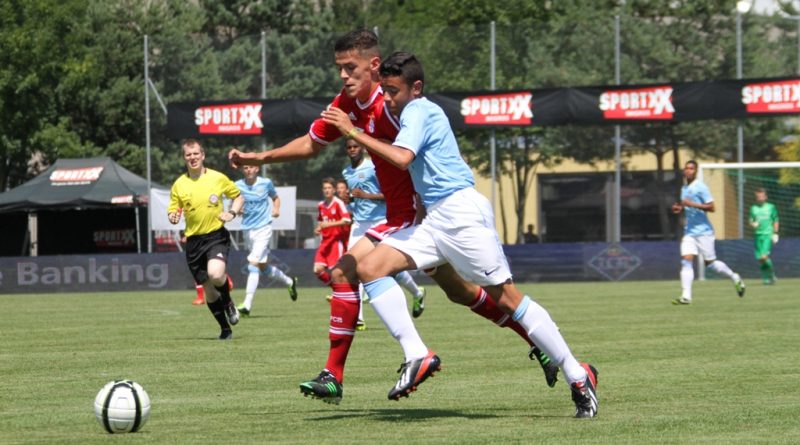 News
14. April 201514. November 2016 Lapala
From August 6th to August 9th 2015 the International Swiss U16 Cup is taking place for the eight time. The venue of the tournament is already for the third time the Freizeitpark Widau in Ruggell, in the principality of Liechtenstein.  Since the cup attracted the under-16 teams of several European top clubs as for example Chelsea FC, Ajax Amsterdam and Borussia Dortmund over the past years, it can be expected that this years participants will be of the same high standard. Already confirmed are the participations of the Austrian defending champion SK Rapid Wien and the Swiss qualification winner FC Aarau. Furthermore it was published earlier this month that the Special Guest team consists of youngsters of Indian slums. The final list of participants will be announced on the media conference on May 4th.