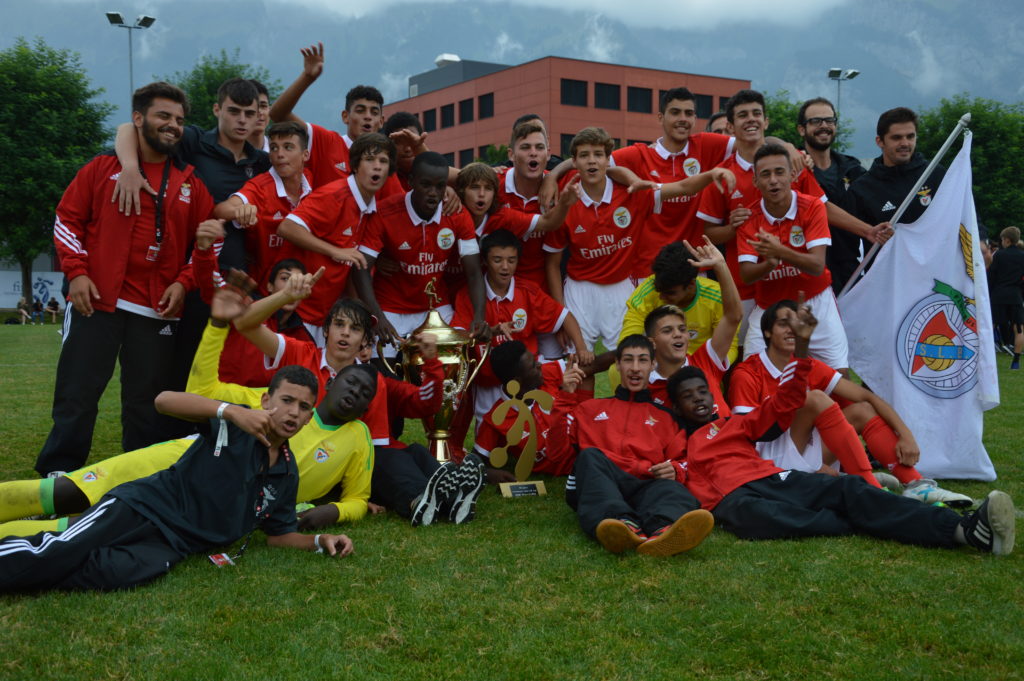 Benfica Lisbon won in an impressive manner during their first appearance. 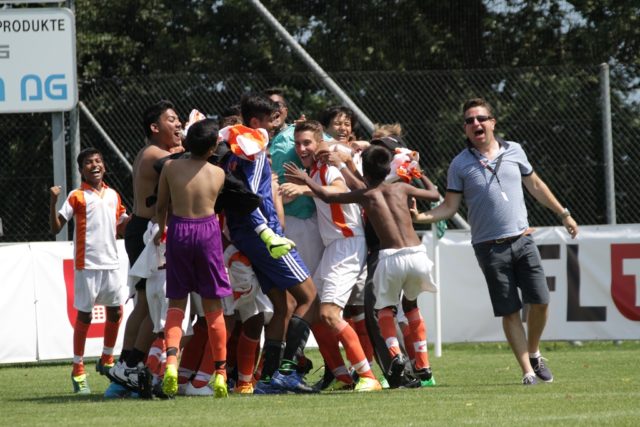 A little surprise at the International Swiss U16 Cup 2013. After the group phase, SK Rapid Wien and Grasshopper Club Zürich had equal points. Due to the tournament rules, SK Rapid Wien qualified for the semi-finals even though their scoring was worse but they won the direct encounter against the guys from Zürich. In the semi finals SK Rapid Wien beat FC Bayern München with 2:1. In the final, the team from Austria won after penalties against FC Zürich thanks to the goalkeeper. He delighted with four saves in a row. SK Rapid Wien is the winner of the Swiss U16 Cup 2013! Congratulations! 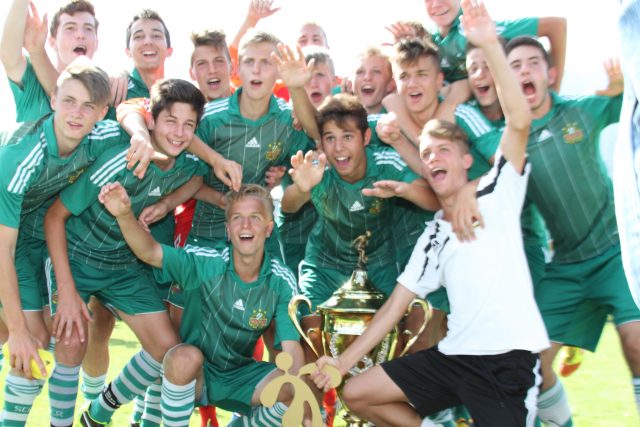 In his 6th holding, the International Swiss U16 Cup took place in Ruggell, a little village in the Principality of Liechtenstein, for the first time. Like in the past years, numerous youth teams from european top clubs participated in the tournament. The spectators enjoyed football on a very high level during four days. Surprisingly, neither a german nor a swiss team classified among the top three. Manchester City celebrated a tight 2-1 victory over VfL Wolfsburg and saved the third place. With Liverpool, who lost the final 1-0 after extra time, another English team reached the top three. The biggest surprise of the tournament was the special guest team from Sierra Leone. The guys from Africa, which played an incredible tournament at a physically and technically very high level, won the tournament as the first non-European team in the history of the International Swiss U16 Cup. 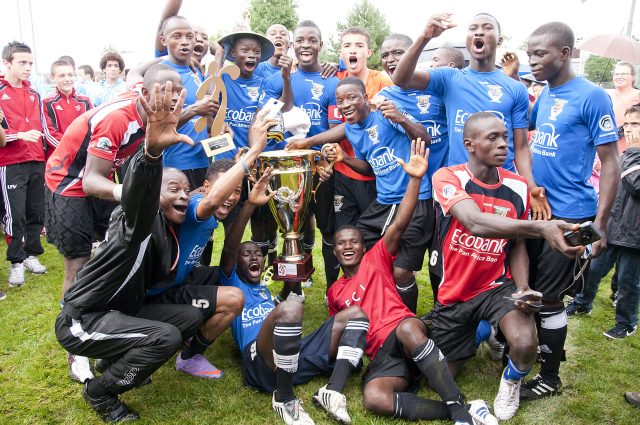 Despite the pouring rain at the award ceremony, the players of all teams applauded their colleagues together with the many spectators. The disappointment of the losing team was very obvious, but nevertheless, the pride over their own performance and the joy of new friendships prevailed.
The 6th International Swiss U16 Cup brought top international youth football to the principality of Liechtenstein. The matches from Thursday to Sunday attracted various scouts, who have made their notes. The experiences of recent tournaments have shown that one or the other player that performed well at the International Swiss U16 Cup is going to sign a contract with a professional club.

During four days almost 4000 spectators visited the 5th International Swiss U16 Cup in Bad Ragaz. The first rounds were dominated by the Germans and by FC Basel. Surprisingly no English team could qualify for the semifinals. VfB Stuttgart defeated Bayer Leverkusen (4:0) and FC Basel won against Werder Bremen (2:0). The final between Stuttgart and Basel was thrilling and at a very high level. A free-kick goal for Stuttgart made them win the Cup for the second time. 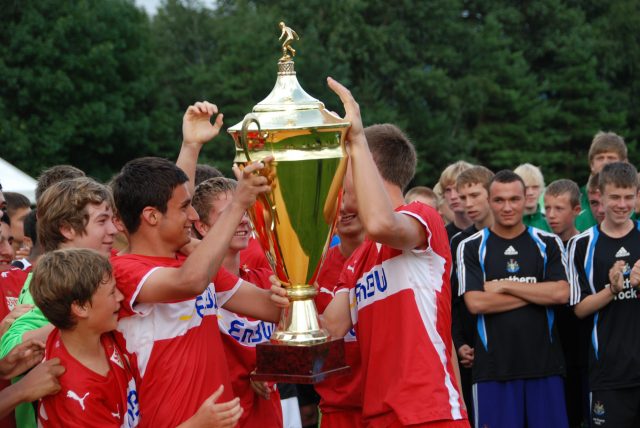 Already on Thursday the Special Guest Team from Sudan surprised the crowd with their draw against Newcastle United and a victory over Liechtenstein. After a good start into the tournament, the Sudanese weren’t in a position to keep on playing on the same level. With a defeat against the Americans, the Special Guest Team (10th rank) bowed out. Its appearance was a big enrichment for the International Swiss U16 Cup. 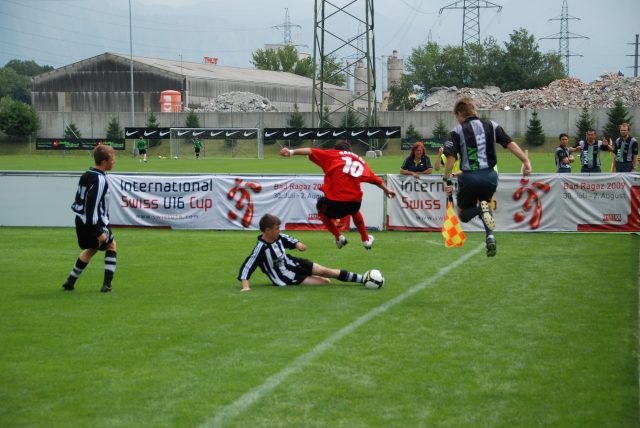 PLAYERS AND REFEREE IN ACTION

The 5th International Swiss U16 Cup brought again international top youth football to Bad Ragaz. Many scouts were on the ground and noticed some players. The experience of the past tournaments tells us that in the next years some participants will sign a contract for a large club.

The International Swiss U16 Cup took place for the fourth time from 1st to 3rd August 2006. The football tournament gave young teenagers the chance to compete against others from the same age. Top teams like Chelsea FC, Borussia Dortmund, VfB Stuttgart, FC Basel and FC St. Gallen took part. The meeting of young football players of different countries, was a wonderful experience and all left with fond memories. 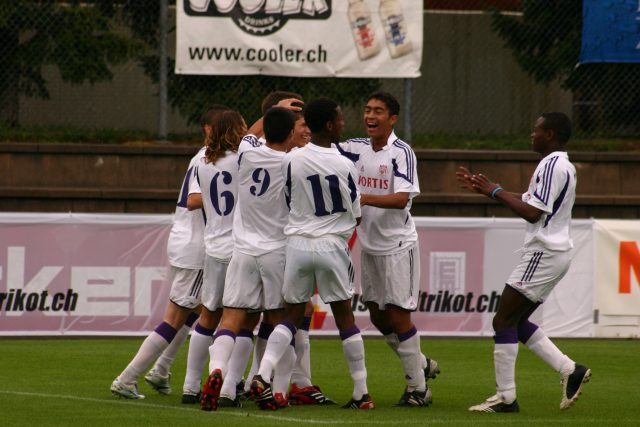 RSC Anderlecht won the 4th holding of the U16 Cup. But also the Peace Team from Israel/Palestine did well with the 9th rank. After defeats against Chelsea FC, RSC Anderlecht and VfB Stuttgart and a draw against the local team SGO, the Peace Team could win twice. Once against FC Basel and the game for rank 9 against Team Vorarlberg.

VfB Stuttgart meritedly wins the International Swiss U16 Cup! The Swabians didn’t let raise doubts against the titleholder Newcastle United that they were the best team in the last three days. 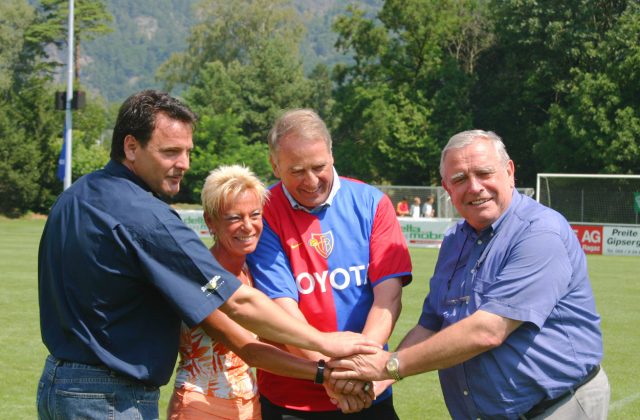 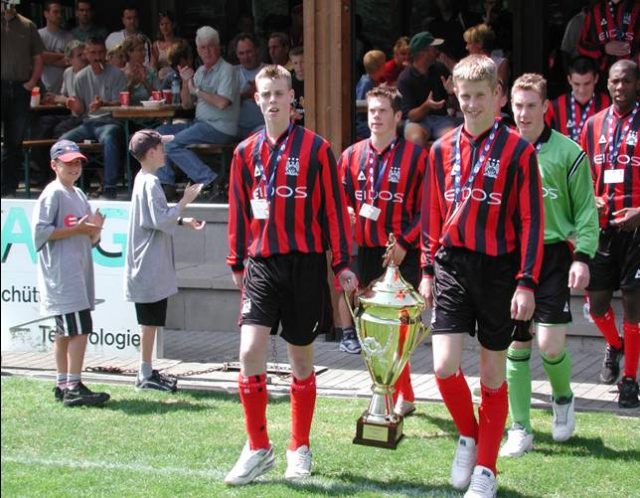 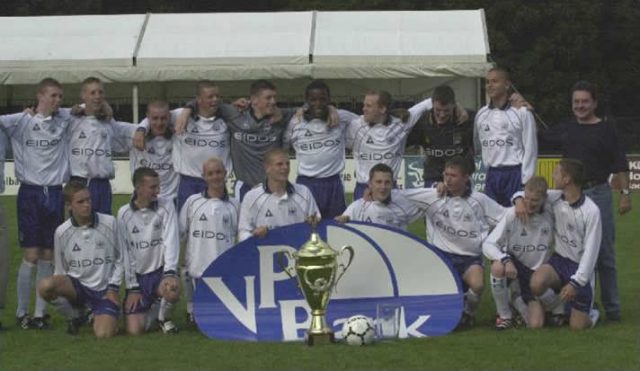 MANCHESTER CITY, WINNER OF THE 1st INTERNATIONALEN SUISS U16 CUP